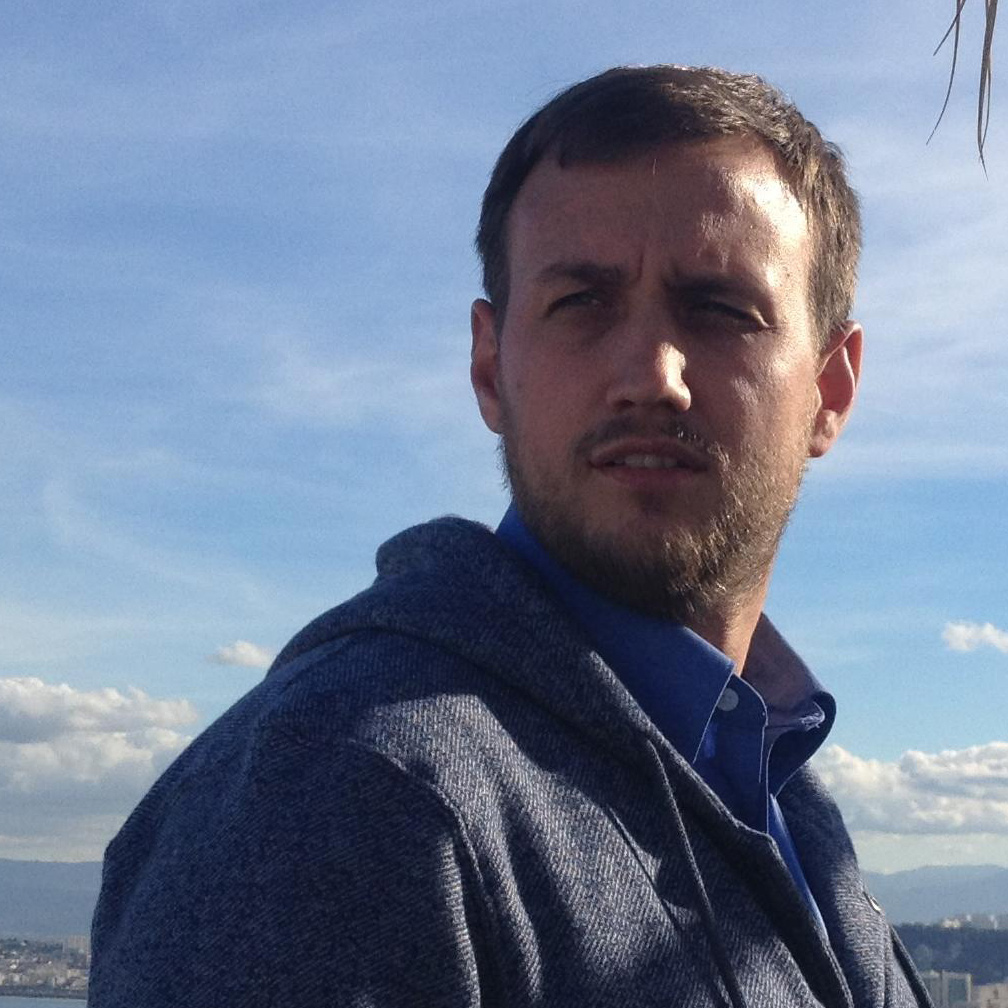 I know I’m prone to hyperbolic statements, but this one is the real deal – Tim Skousen is one of my favorite filmmakers on the planet. First, his work strikes a chord with me on many levels. It’s like he’s in my head, knowing what I want to watch – whether it’s the quirky off-beat humor of Napoleon Dynamite or the heart-wrenching and inspiring documentary  Zero Percent to his newest endeavor which celebrates the inner film geek in us all – Tim knows how to make me laugh, cry and root for the underdog. Second, I’ve got to mention that without Tim I very likely would never have started writing music for film. Long story short, he was the first filmmaker I connected with. He heard something he liked in my music and took a chance on working with me on a feature-length. I will never forget that. Between his very busy commercial and feature-length work, he was gracious to answer my questions about his work as a filmmaker. I know you’ll enjoy it.

Why did you make Raiders: The Story of the Greatest Fan Film Ever Made? What inspired you to make a film about fan culture?
This was one of those stories that reached out to us.  It was the incredible idea that 11 year olds embarked on this journey that ended up lasting 8 years of their youth and now much of their adult lives… and that they finished it.  As a filmmaker, I understand just how big of an undertaking this whole thing was and that’s what makes it so brilliant.  Plus, Raiders of the Lost Ark and the Indiana Jones trilogy were my favorite growing up.  Even more than Star Wars. Loved that character and those worlds they were exploring.

I would say I’m less interested in fan culture than in the story of obsession to complete something made almost entirely out of a pure love of the source material.

I also would mention that, although their film Raiders of the Lost Ark: The Adaptation has been embraced by the fans as a “fan film”, it is quite different from most fan films because it is a shot for shot remake of the source material… not some made up side story from the world of Raiders.  So there is something a little different from all these Star Trek, Star Wars, Batman, etc fan films where the fans are attempting to make a version of their beloved film world that is in their vision for the character or world.  This is kids saying… we love this movie so much, we are going to re-make it with kids.

I would say I’m less interested in fan culture than in the story of obsession to complete something made almost entirely out of a pure love of the source material.  And then, of course, the resulting fame they got was icing on the cake.  They never made any of this with the idea that anyone outside of their friends and family would ever see it.

Talk about the balance between “passion projects” like Raiders and what I imagine is your “bread and butter” of commercials.
Commercials are very different than feature filmmaking, but can be very rewarding.  They allow you to constantly flex your creative muscles in a world with many parameters.  They are very stressful because of the competing visions of each element (director, ad agency, and client).  But in a way, they are much less stressful on an artistic level because you have a division of responsibility with those same elements.  When I make a documentary or feature film, all the pressure is on me.  If the film is good, the credit goes to everyone that worked on the film, although the lion’s share goes to me.  But conversely, when the film fails, the entirety of the blame is on me as a writer-director or as a documentary filmmaker.  That’s a lot of pressure.  The risks and rewards with feature films and documentaries are much higher.  Therefore, the stress ends up being much higher.  I look at making feature films as a director as pure torture.  You stop eating and lose weight.  Your mind is frayed.  You’re constantly having to battle between your vision and your budget.  You have to know when to compromise and when to force the issue.  It’s like a sick game of torture.  But once it’s over, a few days later, all you can think is, “How can I do that again?”

You’re constantly having to battle between your vision and your budget.  You have to know when to compromise and when to force the issue.  It’s  (making feature-lengths and documentaries) like a sick game of torture.  But once it’s over, a few days later, all you can think is, “How can I do that again?”

My biggest issue with the feature film world is the polarization of films being made in the industry.  I’ve been feeling for several years now that the feature film format is dying as an art form.  Younger audiences have less interest in a 90 minute to 2 hour film experience.  As a format, it’s getting old.  Perhaps it has to do with the repetition of ideas because, after over 100 years of filmmaking, a lot of the ideas have been done before and true innovation died with the proliferation of computer generated images.  Meanwhile, television has become dynamic and exciting.  I feel strongly that creative people need to have financial security to truly be able to be their most creative.  Television series can give a writer, director, or showrunner that kind of long term security that then allows their greatest creative potential to be reached.  That used to be the case in the feature film world, but was destroyed by the break up of the studio system by the government.  So much of the revenue of theatrical releases go to a new entity of theater owners, that it is harder for studios to make money.  Consequently, in the feature film world, increasingly there are only two kinds of films being made.  $150MM blockbusters and $1MM genre films (mostly horror).  You see original films fail often (although I will admit that most original stuff is not particularly good… JUPITER ASCENDING, I’m looking at you) and sequels and franchises are easier to use to generate big box office results.  So where does that leave the indie filmmaker?  The market is saturated with competing low budget content and it’s hard to get visibility without getting a mini major to buy your film and spend $10MM marketing it.

But with that all said, I’m obsessed with making films.  I’m always working on various narratives and documentaries.  I have three films in development now, 2 docs and one narrative, and I really don’t see myself ever stopping.  But it’s hard to never stop working.  My job is 24 hours a day, 365 days a year.  I never truly stop.  My mind is always racing with one idea or another. It’s not easy on my family, although being a filmmaker also has the advantage of being around my family more frequently than most 9 to 5 jobs.  It’s just that I’m often mentally someplace else.

What was it like working on Napoleon Dynamite? Favorite memories?
Napoleon Dynamite was one of the funnest experiences of my life.  Mainly because I was the 1st AD, so while the stress of getting everything done every day was on me, the creative responsibilities were on the director, Jared Hess.  So when we wrapped each day, and after we organized shooting of the next day, my mind was free to relax.  It was like summer camp.  It was a group of friends from film school living the dream of making a feature film a few months after graduating.

Napoleon Dynamite was one of the funnest experiences of my life…It was a group of friends from film school living the dream of making a feature film a few months after graduating.

We were in a foreign country… Idaho.  Everyone knew who we were even when we went through a drive thru line at the local burger place.  They’d say, “ya’ll part of that film crew?  Okay, 10% off.”  I guess even over an intercom, they knew we weren’t local.  I have no idea what my favorite story might be from the filming.  Perhaps shooting the dance sequence.  Jon Heder was a little too embarrassed to dance in front of the crew, so we closed the set to everyone except the DP, the director, the producer Jeremy Coon (who was my co-director on Raiders!), and myself.  Jon danced to several Michael Jackson songs, some Jamiroquai, and a Justin Timberlake song.  He got his groove on and we knew something special was happening.  Kudos to Jeremy for editing that sequence so well.  That is an iconic film moment and it was cool to be one of only 5 people in the room.  But mainly I just don’t think I’ll ever have an experience like that again where everyone on the crew were close friends who had worked together on each other’s short films in film school and then got a chance to do it all on a feature.  So much fun.

Principles + values you work by?
I would say three things here.  First, be honest and trustworthy.  Particularly as a doc filmmaker.  There are so many dishonest doc filmmakers that they are ruining the genre.  So few documentaries are made that try and minimize the views and agenda of the filmmaker.  Docs should be as close to reality as possible.  But often they are terribly skewed views of reality.

Second… ABC.  Always Be Creating.  I try to constantly work on a variety of projects and genres that even go beyond filmmaking into the world of music or painting.  It’s easy to get rusty if you sit back and just rest on your laurels.  Just ask people what they thought of the Star Wars prequels.  Easy to get rusty.

I try to constantly work on a variety of projects and genres that even go beyond filmmaking into the world of music or painting.

Third, and this is the hardest, even for me.  Finish.  If you get 99% done with a project, but don’t finish it, it’s like it never happened.  I’m dealing with that right now.  I have a project I need to finish and get out the door, and I haven’t done it.  So for now, this third piece of advice is for me.