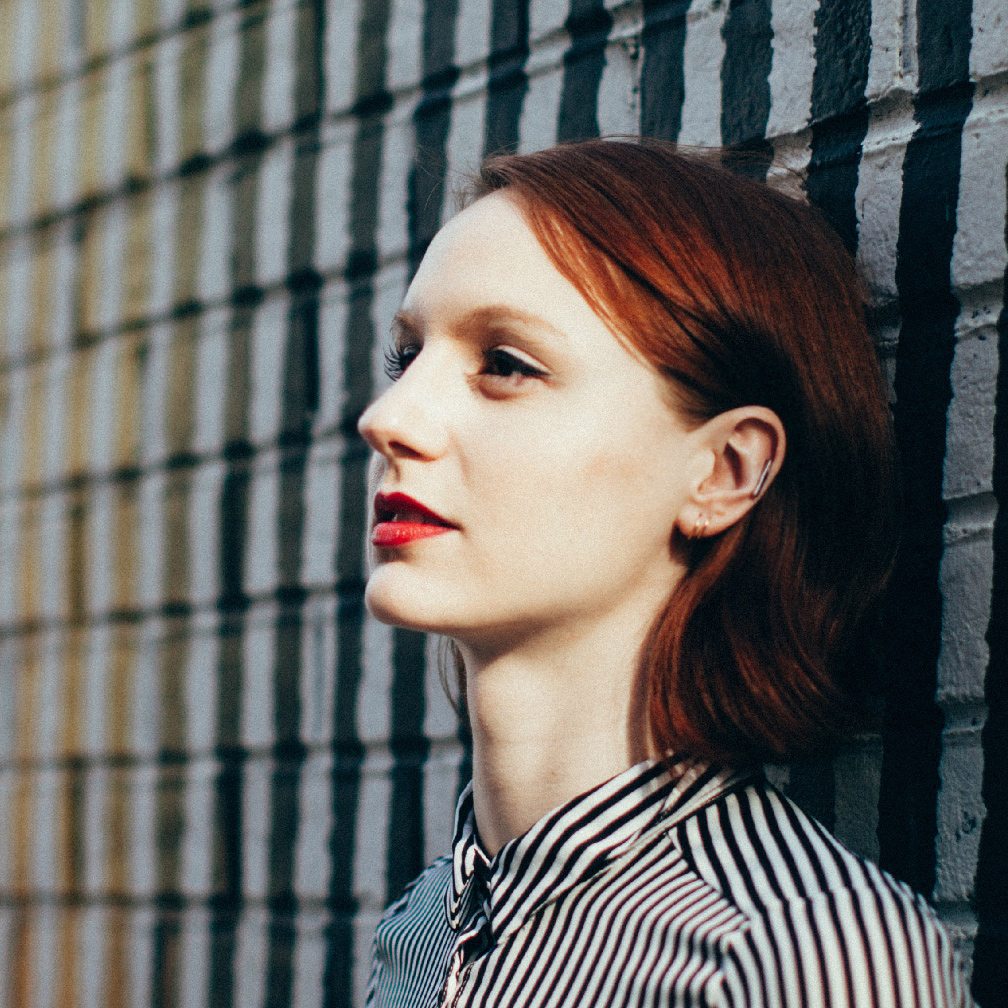 I’m so pleased to have connected this past year with the amazing and versatile composer Alba Torremocha. I’ve had the pleasure of working with her on a number of projects where she blew me away with her artistry, production quality and ability to work in a wide range of dramas. Take the two tracks below as examples— one’s on the far end of quirky for an HBO promo and the other, gothic horror for a trailer.

While we talked about many things, including her upbringing and coming of age in the classical conservatory world to her work as a conductor and professor at NYU with various projects in the classical, film, game and VR industry, the focus of the interview below is one of her most recent projects— music for the game Where Shadows Slumber. It’s a fascinating glimpse into the creative process of composing interactive audio. Enjoy!

In broad strokes, how does composing for a video game like Where Shadows Slumber differ from composing for a narrative film?
I think the clearest answer, and the one everyone tends to use is— in a film, the narrative lines are already established, they don’t move… you have your final cut and you know that at minute 48:57 a character is going to say “I murdered him”, so you can build everything up to that point, and you know exactly how he’s going to behave.
The difference between writing for games and VR experiences is that you don’t have a clear narrative line, you don’t know what’s going to happen, because generally, games are based on the user experience. Speaking specifically about Where Shadows Slumber, it’s a puzzle game. One person can maybe solve the puzzle in one minute, but another person gets stuck and solves it in ten minutes. So, you can’t design the music in a way that grows and decays… because you don’t know when things are going to happen. That’s definitely the biggest difference I think creatively.

So, you have to design the music in layers?
Yes, exactly. It has to be something that works regardless of how long you’re playing it, and then you can shape the tension or the narrative with triggers. That’s the only way of making it work, designing layers that are triggered by specific actions of the player. That definitely changes the way you think about music because suddenly, you have to create music tracks that need to work together but also develop on their own, and at the same time be flexible in terms of how they’re going to act.

Does writing for VR and games require very different technical skill sets from a music point of view, as opposed to say just writing for a thirty-second TV spot?
Definitely. You have to know how the technology is going to work in order for your music to be conveyed the way you want it, to be shaped in a way that makes sense with the technology that’s available, or that it’s even possible! It’s funny because the first VR project that we worked on (it was almost a two years ago), was To be with Hamlet, this really interesting VR experience in which they had actors in a studio in Brooklyn with motion sensors around their bodies and cameras on their faces. These actors were transformed into avatars in the VR world in real time. It was a like a live theatre / VR experience where you could walk around the castle or look at the scene, and all the was being done in real time with real live actors.
So when we first started working on the project, we had all these cool ideas about audio synthesis and interactivity, like maybe Hamlet’s avatar could have one specific instrument attached to him and the sound parameters would change depending on how close to him you were or your actions. We were pitching all these ideas to the engineer and he was like… “guys, there is no technology yet to do this! These are great ideas, but there’s literally no code for this to happen.” So in projects like you need to shape your creativity around what is possible technology-wise.

Did you run into similar roadblocks with Where Shadows Slumber? Did you have ideas that you guys wanted to execute that weren’t technically possible?
Well, in a different way, yes. It wasn’t that much about or real-time audio synthesis, but it was definitely challenging in other ways because the second we saw the game, we knew that we didn’t want to do the classic music loop + sound FX combo.
We wanted the experience to be super immersive and have its own unique aesthetic. So, we had a soundscape that would mix music and sound FX in a way that you wouldn’t really be able to tell them apart. For example, in one of the levels the main character in the forest, so we thought he would hear birds or whatever, but instead of having normal bird sound FX, we made musical birds. We had all these cello, clarinet and flute effects going on. And we were like, we don’t want this to be the same every the time, the same birds happening over and over. We kind of went crazy, saying, what if every time you play the game it’s a different experience in terms of the sound?
So, what we ended up doing was taking little bits and randomizing them in the system, so they happen at different times and different pitches. It’s not very noticeable, but every time you play the level, you get different sounds, and this happens with the birds, with the wind, with the water.
The other thing is that we wanted it to be really interactive for the player. It’s a puzzle game, so we wanted people to know “oh I’m in the right direction to solve this puzzle” or “maybe I’m not doing so well and I should rethink this”. We set things we called “puzzle solve” layers, that are triggered if you solve one part of the puzzle and you lose them if you “break” the puzzle. When you’re playing you’re not really conscious of it, but subconsciously it gives you a hint that you are on the right track to solving the puzzle. Or that you just screwed up.
We really went all in with these crazy ideas and that definitely was very challenging in terms of the code. We had thankfully a great programmer, Jack, who was super open to all our ideas and worked with us to make everything happen.

Does most of that work fall on the engineer or do you do work in Max or MSP and that sort of thing to make some of those technical subtleties come through in the game?
As it happens usually when you’re on an indie team, you have to wear a lot of different hats that maybe you shouldn’t be wearing. I was very lucky that I had Noah, my husband, as part of the audio team, because he knows a lot about implementation in Unity, and… I don’t. But yeah, I would say that if you’re getting into a project like this and you don’t have a strong IT background, I would definitely get a person that can implement your material.
Oh!  And I should mention middleware. These are programs, like for example Wwise, that help you implement music into a game engine. Game engines already have their own audio integration systems, but if you need to do anything crazy or creative, using a middleware definitely makes the whole process smoother. We didn’t do it for Where Shadows Slumber and we ended up regretting it so much, especially Noah who was in charge of implementation. It became twice or thrice as much work just because he had to do so much manually instead of using a middleware.

So your husband, Noah, is on the techier side of things — is he also a composer as well?
Yeah, he’s also a composer, although we come from very different backgrounds. He has way more experience with production and he took a lot of coding classes at NYU, so he knows about that stuff. I would say that it is definitely a skill that as a game composer you should slowly acquire and start to do, which is very funny because that was something that I never… I was never the mathematics type.

That’s a great duo right there. Husband and wife, being able to do the tech side and the creative side.
Haha yeah, that works out! He’s also great at the creative stuff, but with my background of classical extended techniques and weird harmonic choices and his background of production, mixing and jazz sonorities… definitely an interesting combination! *Note: you can hear more of Alba and Noah’s work together at Phoz*

It’s really amazing that you were able to find ways to make the audio different every time you go in. It reminds me of my and most visceral memories of playing video games — particularly with the game Myst. Like you mentioned, having the different conceptual frameworks, if you’re not on a big if you’re working on a more indie thing, being able to wear multiple hats, having someone like your husband who can do some of the tech … Are there other things that you would also say about how writing music in this world is different from writing for linear media?
Well, I think there is something to be said about world-building in games. Especially in VR, the whole experience is about immersion, so I think there’s something interesting about how music and sound design work together in this setting.
It’s like… when you’re watching a film, a part of you is conscious that that’s not the real world. Even if you’re in the , you’re just seeing it on the screen… but when you jump into VR, you’re cheating your own senses. I don’t know if you’ve ever tried these rollercoaster VR experiences, but even if you’re just sitting on your couch, you feel the pull in your stomach. It’s like your whole body is suddenly much more influenced by the media. I feel like with the sound, you have an even bigger responsibility, you can decide that the music is going to do a crescendo from behind and then suddenly explode in front of you, that’s something that’s going to add so much more to the experience of the audience than if you do that in a . So, I think you must be much more careful or conscious of your artistic choices because they literally affect the person that’s experiencing that media in a physical way. I think it’s fascinating. And the best part is are generally thrilled to try out all these crazy ideas! It’s a really cool community.

I’ve heard other people expressing similar sentiments about how they love the video game community. They’ve commented on how welcoming and relaxed and enthusiastic that community is. It’s great.
The gaming community, especially in the indie world, it’s more about what can you bring to the table, the feeling is more like “we’re letting you do your thing because you know more about it. Just make our game better.” this freedom and trust that I wasn’t used to from the film world.

Is there anything else that you would want to share your work? I know we really dug into Where Shadows Slumber, but I know you also do a lot of other things.
Haha yeah! I’m actually in the midst of writing an opera now. It was a commission from Spain and it has become a long, growing project, but I think we will very soon have a release opportunity. So that’s exciting!